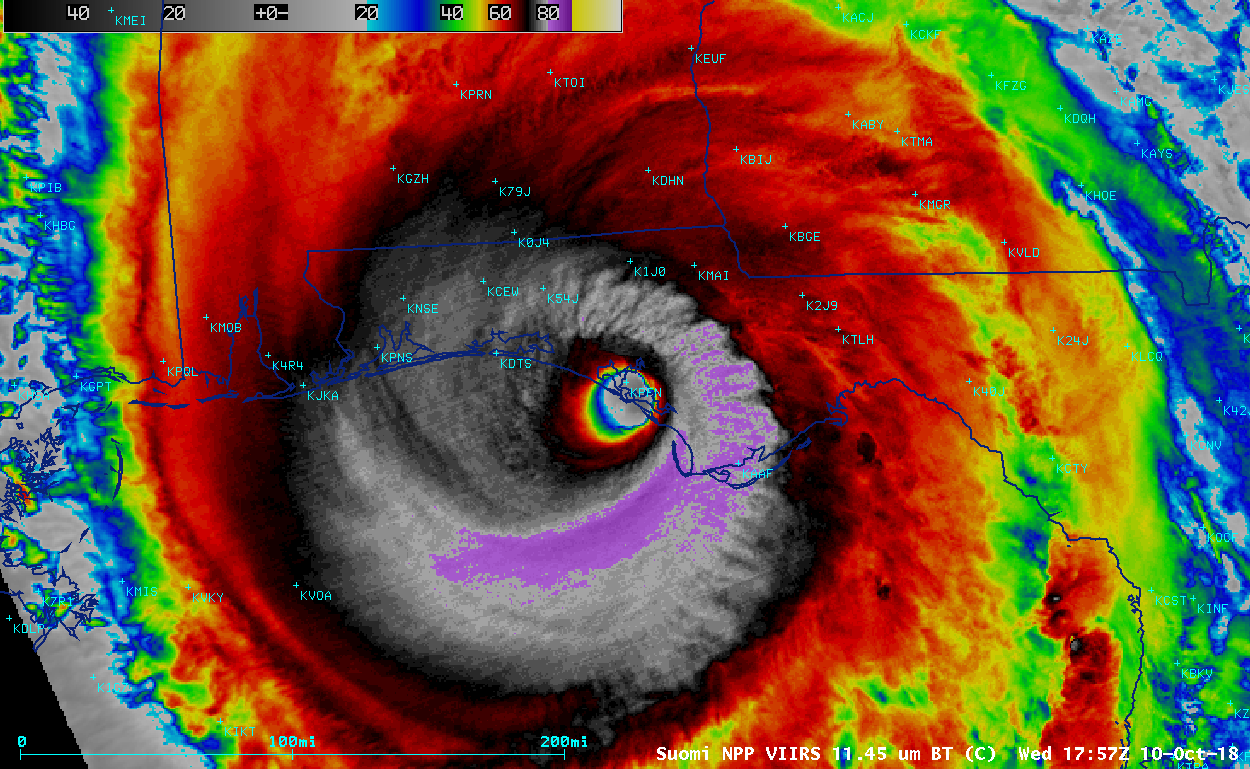 Hurricane Michael Recategorized to Fourth Strongest Storm to Ever Hit the U.S.

Written by Michelle Gottardi on May 2, 2019. Posted in News.

Two weeks ago, The Washington Post reported that hurricane Michael had been reclassified to a category 5 storm, the top of the Saffir-Simpson scale. According to The Hurricane Center Michael is now the first such storm to make landfall in the U.S. since Andrew decimated Florida in 1992.

Many were surprised with the upgrade. However, for the residents of Mexico Beach, FL, this news came as a reaffirmation of the horrors they had to endure. They were the first to feel the effects of the monster storm when it made landfall last October. Michael’s strong winds reached 160 mph; in addition, it pushed a 16-foot surge onto the coastline. Meteorologists assured that Michael’s destructive effects resembled the devastation of a super-wide tornado. The hurricane caused 49 deaths and more than $5.5 billion in damages.

With this upgrade, Michael becomes one of the most powerful storms to ever hit the U.S. According to the Hurricane Center, Michael now ranks as the fourth-strongest hurricane on record to make landfall in the United States. The other three are the Labor Day Hurricane (1935), Camille (1969), and Andrew (1992).

Six months have passed since Michael hit Florida, but many parts of the region are still struggling to recover. According to the Washington Post, the biggest problems are neither electricity nor road functionality, but housing: thousands still remain without permanent housing.

Years of experience
in business.